“Michael Wayne has brought us closer to the understanding we need in order to heal ourselves, each other, and the world.”

author, The Politics of Love

“Being in conversation with Michael Wayne is like walking on the edge between the vastness of life and the streets we live on—the longer view always helps us take our next step.”

author, The Book of Awakening

In 2020, Dr. Wayne co-led a webinar series titled Visioneering the Future, and in 2021 an interview series titled Voices for the Future featuring guests like David Korten, Mark Nepo, and David Cay Johnston.

His film credits include the feature documentary film On the Path to Strawberry Fields, which explores present-day issues and shows a path forward to a more positive future.

Michael is also a practitioner of Acupuncture, Chinese Medicine, and Integrative Medicine and a member of the organization Evolutionary Leaders, an alliance of thought leaders, activists, and change agents, started by Deepak Chopra in 2006.

He lives in Saratoga Springs, NY.

Toward A More Perfect Union: From Scarcity To Abundance For All

Join in the movement to help create a more perfect union!

Subscribe to our informative newsletter and get a Coupon for $5.00 off when you purchase the eBook in ePub or PDF format.

"Toward A More Perfect Union:
From Scarcity To Abundance For All" 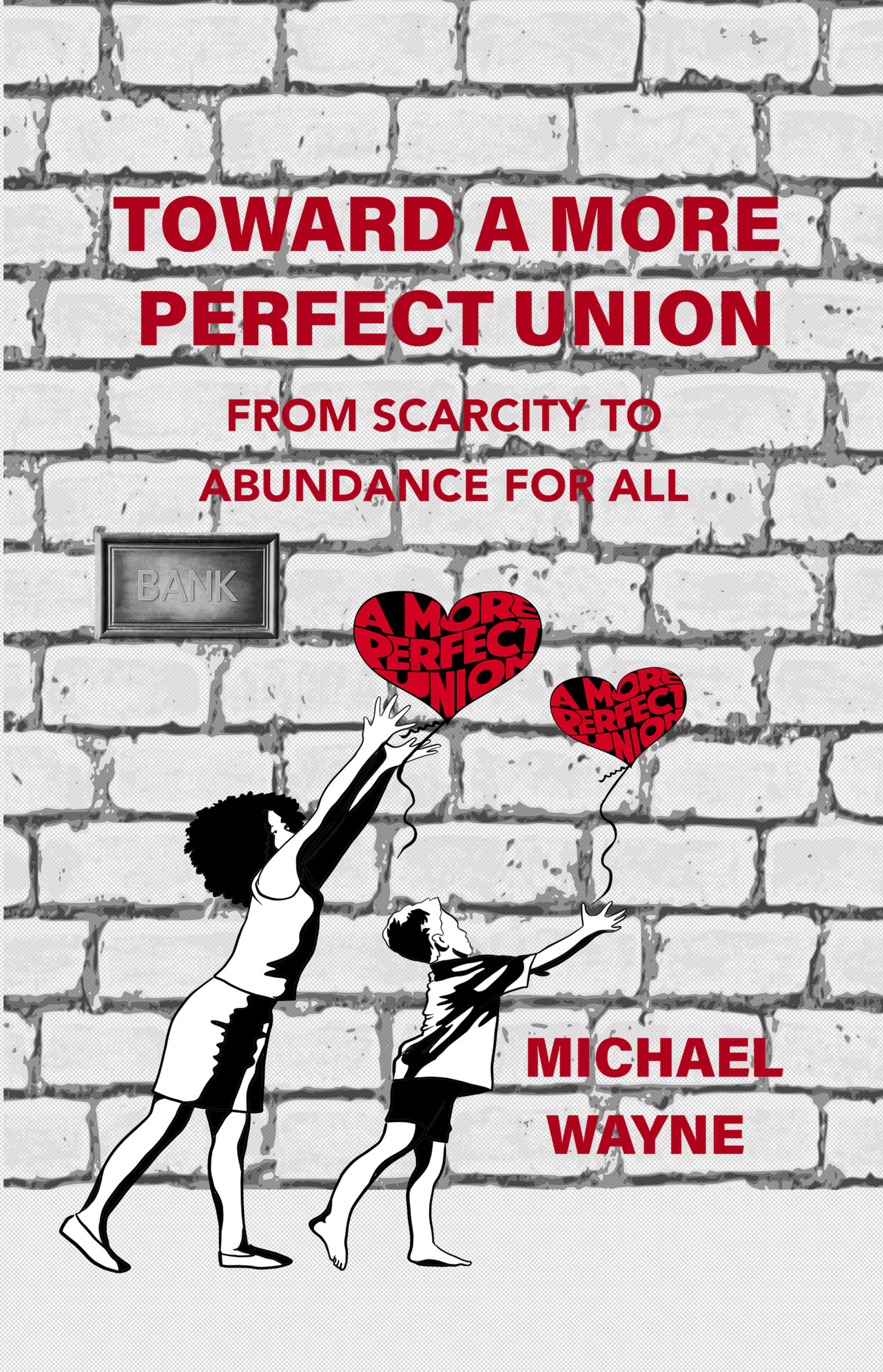 Toward A More Perfect Union
Go to mobile version